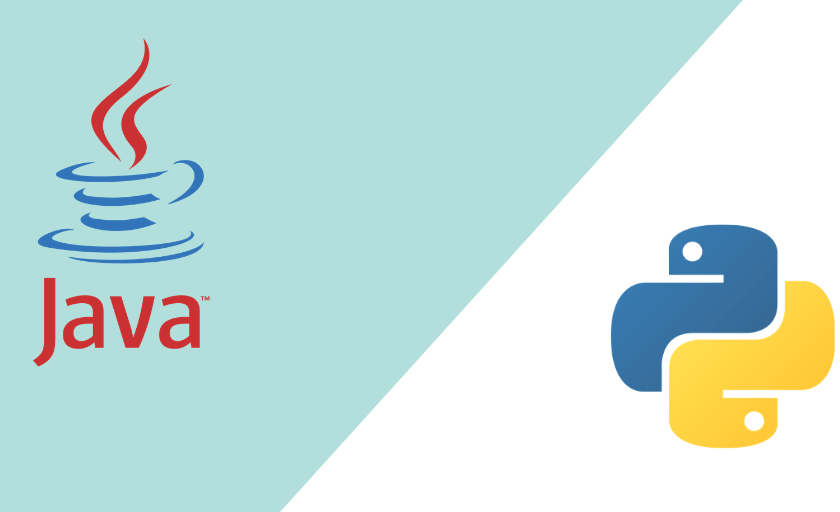 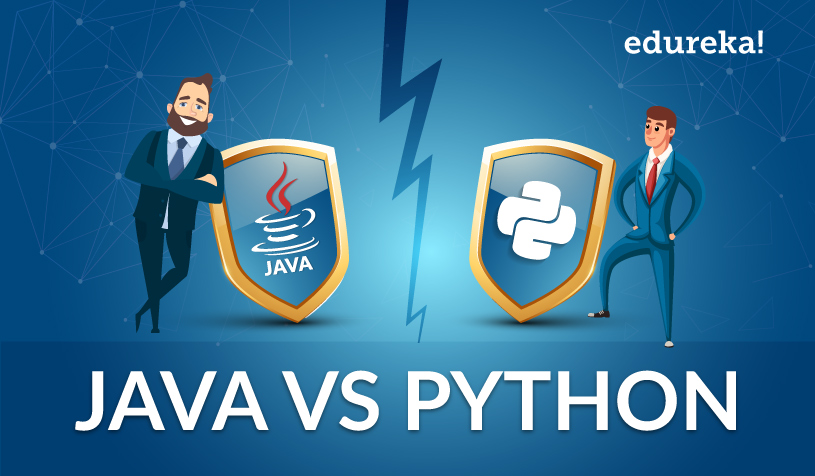 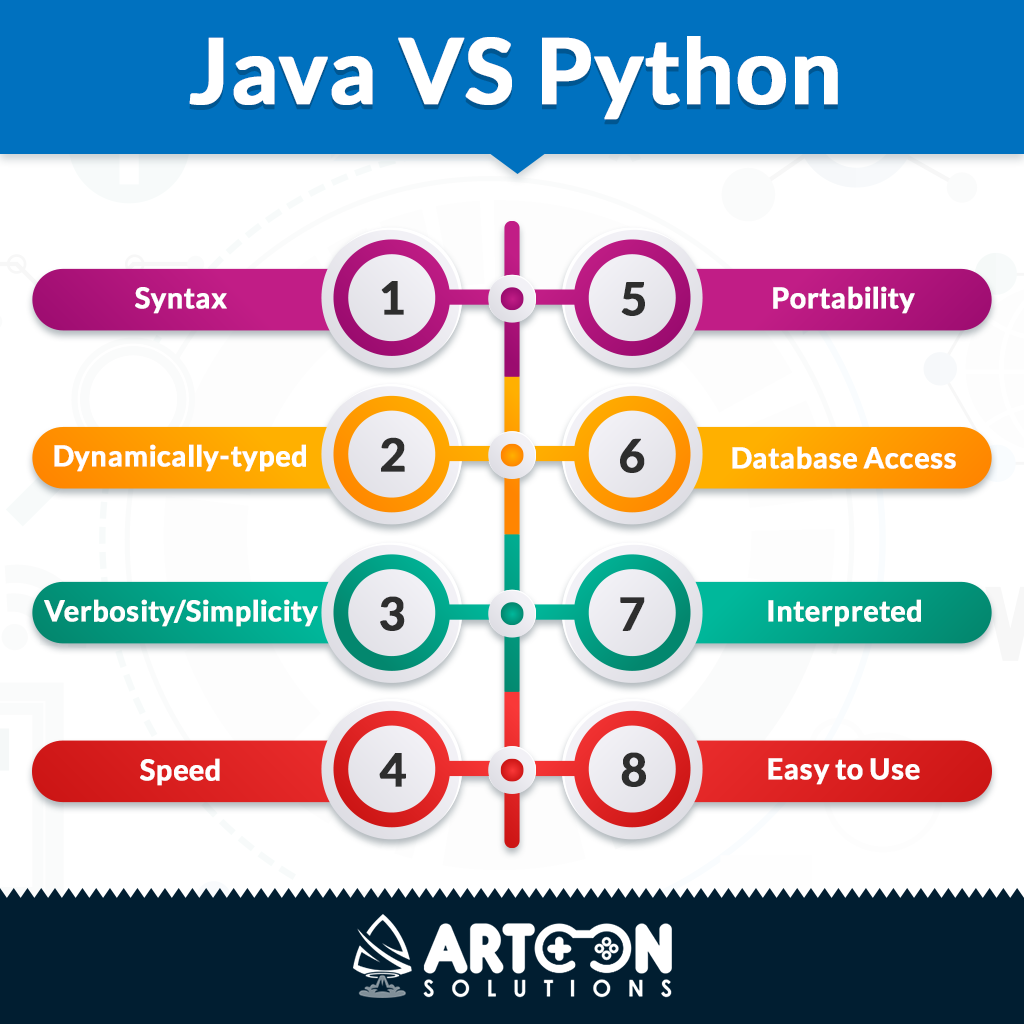 Programming Languages are a fundamental part of computer science, they are fundamental tools in a programmer’s toolbox and crucial to almost every programming activity. Choosing between programming languages is often confusing, let alone choosing between the most popular ones.  Python and Java have been battling for the top position on the most popular programming languages out there, with Python making an amazing progress in the last few years and Java holding onto its position.

It often seems that these languages are perfect, and in fact, they are capable of doing most of the tasks out there, however, there are key differences that could help you formulate your decision. We’ll start by explaining each language and key characteristics, then compare them in different fields in computer science to provide more clarity on your choices.

Java is a statically typed general purpose programming language, it is an object-oriented and concurrent language. Java was meant to be WORA (write once run anywhere) language, it was designed to run on any platform and with as few dependencies as possible, with the help of the Java Virtual Machine (JVM).

Python is a dynamically-typed general purpose programming language. Python’s early development began at a research institute in the Netherlands. The original motivation behind it was to create a higher level language to bridge the gap between C and the shell, as the author states, creating system administration utilities using C back at that time was pretty complicated. The syntax was also motivated by a few languages like Algol68, Pascal, and ABC and was meant to be readable and clean. You can read more about the history of python on the Python Author’s blog.

Now let’s have a look at key difference between Python and Java.

Languages don’t have speed, they have only semantics. If you want to compare speed you must choose specific implementations to compare with each other. You can find a detailed Python vs Java performance comparison on this project called the benchmarks-game (screenshot below), where different languages are benchmarked in different programs.

Keep in mind that performance is not only a function of the language’s execution speed, the program’s implementation, and the third party libraries performance is usually the number one factor in the equation.

Popularity has always been a game between these two languages, as they’ve been a close competitors in the top 3 positions of popularity, along with javascript. Before the Javascript revolution, Java was the number one most popular language. When Javascript first came out, the founders chose a name close to Java to make it gain traction.

As per Github’s Octoverse, Java was the second most used language on Github followed by Python.

In Stackoverflow’s 2018 developer survey, Python was crowned the fastest growing programming language after taking over C# spot this year and surpassing PHP last year. Java is still ranked above Python being popular with 45% of developers while Python is at 39%, however that gap is closing.

It is safe to say that both languages reside around the same area in popularity.

Python is a dynamically typed language, when you write Python, you don’t need to determine variable types, as the interpreter will infer these types and the checks will be made at runtime. Which results in an easier syntax that is quite similar to the English Language. Moreover, Python doesn’t use enclosing braces and follows indentation rules ( like how most people right pseudocode) which makes the code quite easy to read and friendly for beginners.

In this simple class definition, I’ve created a simple class called fruit, with a constructor, which is the code that will be executed when I create an instance of the object, and defined two simple functions as well, each printing one of the object’s attributes.

Java, on the other hand, follows strict syntax rules, it’s a statically typed language where you need to explicitly declare your variable types and shouldn’t an anomaly be spotted, the code will not compile, to begin with. While it’s not the easiest thing for beginners, some developers find comfort with the clarity of statically typed languages, many developers don’t feel comfortable following indentation rules, especially with large code bases.

This is the equivalent to the Fruit class we have defined in Python with the exact same functionalities.

There seems to be no objective difference or comparison between Python vs Java jobs or salary. Both are very popular so if you gain a decent expertise in either, you can start working as a software developer or intern to start your career. Availability of Jobs or Salary should not be be your criterion for choosing either of the programming language, choose the one that you could relate to better.

We’re not going to talk about general PC game development since neither Python nor Java can really compete with C++/C# in that area with their huge ecosystem. Moreover, game development is a field that requires the highest possible performance to provide seamless experiences to the users, and while Java and Python are not slow, they don’t provide the best performance for game development.

JMonkeyEngine is a popular open source game development engine with Java, while it’s not on par with Unreal and Unity it is certainly a powerful engine that will help you create some amazing games.

If you wish to experiment with computer graphics from scratch or build your own engine, OpenGL also provides bindings for the Java language.

While Python is not a powerful option on its own for game creation, there is Cocos, Panda3d, Pygame and a few other engines/frameworks for building games with Python.

However, Python isn’t completely ruled out for professional game development, it’s an important tool for a game developer, as Python is a popular scripting-language option for many developers including game developers. Editing Packages like Maya also use Python as a scripting language.

Writing your own backend technology from scratch is not only hard, but it’s extremely hard to cover all design requirements from security to reliability and effectiveness. This is why developers have created frameworks which is an abstraction in software that allows you to build your backend technology without reinventing the wheel.

The most two popular frameworks for Python are Django and Flask. Flask is a micro web framework, it gives you the basic functionalities you’d need like routing requests without much overhead. Django is a more featured option and can help you build a powerful backend while capitalizing on efficiency and security, Django is equipped with a powerful ORM layer which facilitates dealing databases and performing different operations on the data.

As for Java, Spring is perhaps the most well-known Java backend framework with a massive ecosystem and a huge community around it. Spring is used by Orange, Dell, GE, and many other enterprises, and while it’s not as trending as Django nowadays, it is a powerful option for building enterprise level applications.

Since Python is syntactically very easy yet a fully-fledged general purpose programming language, it became a popular option for people from different disciplines who wanted to experiment with machine learning and bring the power of AI into their respective fields. That’s why a lot of the development in AI and machine learning is done with Python with a huge ecosystem and libraries.

There is TensorFlow, Keras, Sickit-Learn, and Facebook’s PyTorch and it’s by far the most popular language in the field.

Java is also considered a good option when it comes to machine learning, it’s easy to debug and use and it’s already being used for large-scale and enterprise level applications. Among the libraries, you could use in that area are Weka, Mallet, DeepLearning4, and MOA.

To recap, here’s a quick comparison between the two languages covering the main points we discussed.

Java and Python are both capable and popular languages, so there won’t be a lack of resources once you choose one and embark on your journey. If you’re new to programming, it’d be better to stick with Python just because it’s really easy and uses English-like syntax, it’s used in many Computer Science introductory courses around the world. However, if your goal is to build enterprise level applications coming from a C/ C++ world, then Java would probably feel pretty familiar to you. It all goes down on what you plan to build and where you feel like journeying with your new skill. 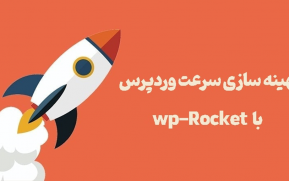 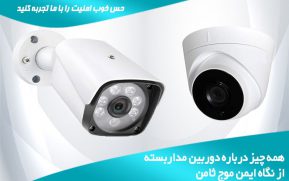